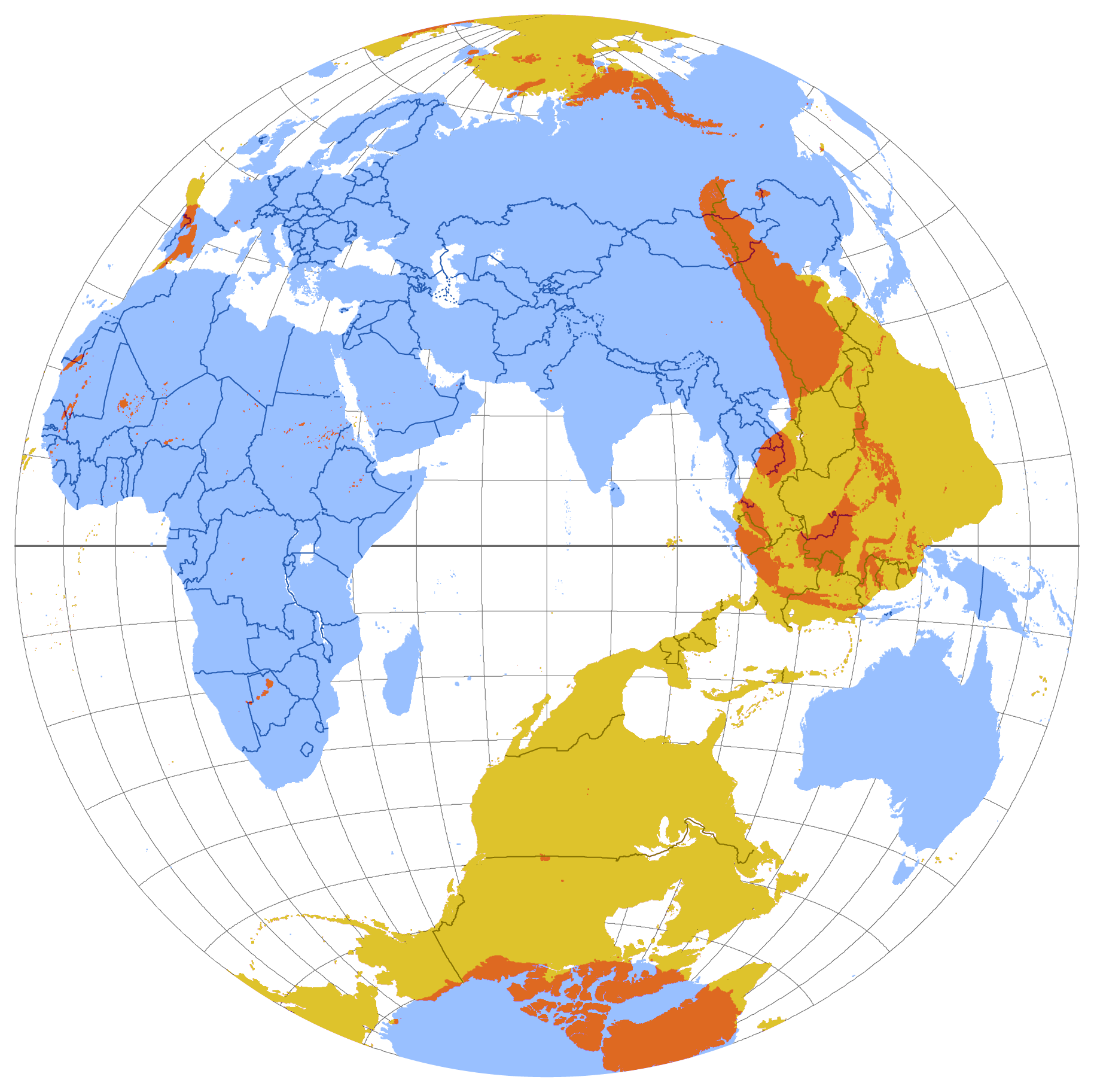 The word antipodes is derived from the plural of the Greek ‘antipous’, meaning “with feet opposite ours”. Its first recorded use is in Plato’s dialogue Timaeus, in which the Earth is already imagined as a sphere:

“For if there were any solid body in equipoise at the centre of the universe, there would be nothing to draw it to this extreme rather than to that, for they are all perfectly similar; and if a person were to go round the world in a circle, he would often, when standing at the antipodes of his former position, speak of the same point as above and below; for, as I was saying just now, to speak of the whole which is in the form of a globe as having one part above and another below is not like a sensible man”. [1]

Upon its subsumption into Latin, the meaning of the word seems to have changed. Plato’s antipode, of simultaneity both above and below, belongs to a world of multiple entanglements that always lie “under the feet,” and yet are always already the same. In Latin, antipodes denotes “those with the feet opposite,” and the other of the world becomes a literal other of bodies. In the 13th Century text On the Property of Things, Bartholomeus Anglicus uses antipodes to explicate corporeal difference: “Yonder in Ethiopia are the Antipodes, men that have their feet against our feet”.[2] This epistemological break mirrors the distinction Martin Heidegger identified between the Greek and Latin words for truth: aletheia and veritas, the experiential and the evidential. The ontological thrust of aletheia figures truth as a form that elucidates the structure of Being. Veritas, however, confirms the fixed state of ontic beings—verifying, asserting, and declaring their accuracy within space and time—rather than discloses the nature of those beings in relation to ontological Being. To which timeframe, or frame of truth, does the Greenwich Observatory belong? Heidegger described veritas as a mistranslation; has time been mistranslated? Is difference, when constructed in the terms of degrees, a false difference?

The dialogue of Timaeus itself begins with a contemplation of the world as two distinct objects. There is the eternal world, Timaeus says, that never changes, and there is the physical world. The physical world is inscribed, always under the imprint of man, and, in it, one “”should not look for anything more than a likely story”. What, then, is the “likely story” of the antipode of Greenwich Observatory, the site of the Other?

The Antipodes is the name given to a chain of islands 450 miles southeast of New Zealand. They lie at a latitude of 50 D, approximately the same latitude south as the Greenwich Observatory is north. First sighted in 1800 by HMS Reliance, American sealers, hearing of bountiful supply, returned 4 years later. In the five years that followed, 250,000 seals were killed and skinned by five ships of 60 to 80 men. Their furs were taken to China where, with cheap labour, they were transformed into “American beaver hats” and sent across the Pacific. In 1809, only one of the ships made the journey and arrived to find no more than 3,000 seals, and henceforth the sealing missions ceased. The Antipodes, once plotted and mapped, had been used, consumed and ignored. Here, at the Greenwich Observatory, we must ask why this story, bound as much to those islands as this site, remains a “likely” one. What is ‘likeliness’ in a world of degrees?[3]

The etymological analysis of ‘antipodes’ is taken from the wikipedia page: https://en.wikipedia.org/wiki/Antipodes

The Royal Observatory in Greenwich as a pivotal axis of time and space, has not only played a major role in the history of astronomy and navigation, but more importantly set the groundwork for the expansion of the temporal matrix that is Western modernity.

The narrativisation of the prime meridian as the point of reference for our global order of time has further served to reinforce this hegemony, permeating our conceptions of space, labour, currency and travel through encoded notions of universality and progress. How has the standardisation of time originally intended as a political tool for capital expansion colonised our daily routines which now continously reproduce this hegemonic order?
This alternative guide to time seeks to explore contemporary conditions that have materialised through the standardisation of time and question the linear temporality that they postulate. Where are the spaces in which time can be resisted, reconceptualised or decolonised?
%d bloggers like this: